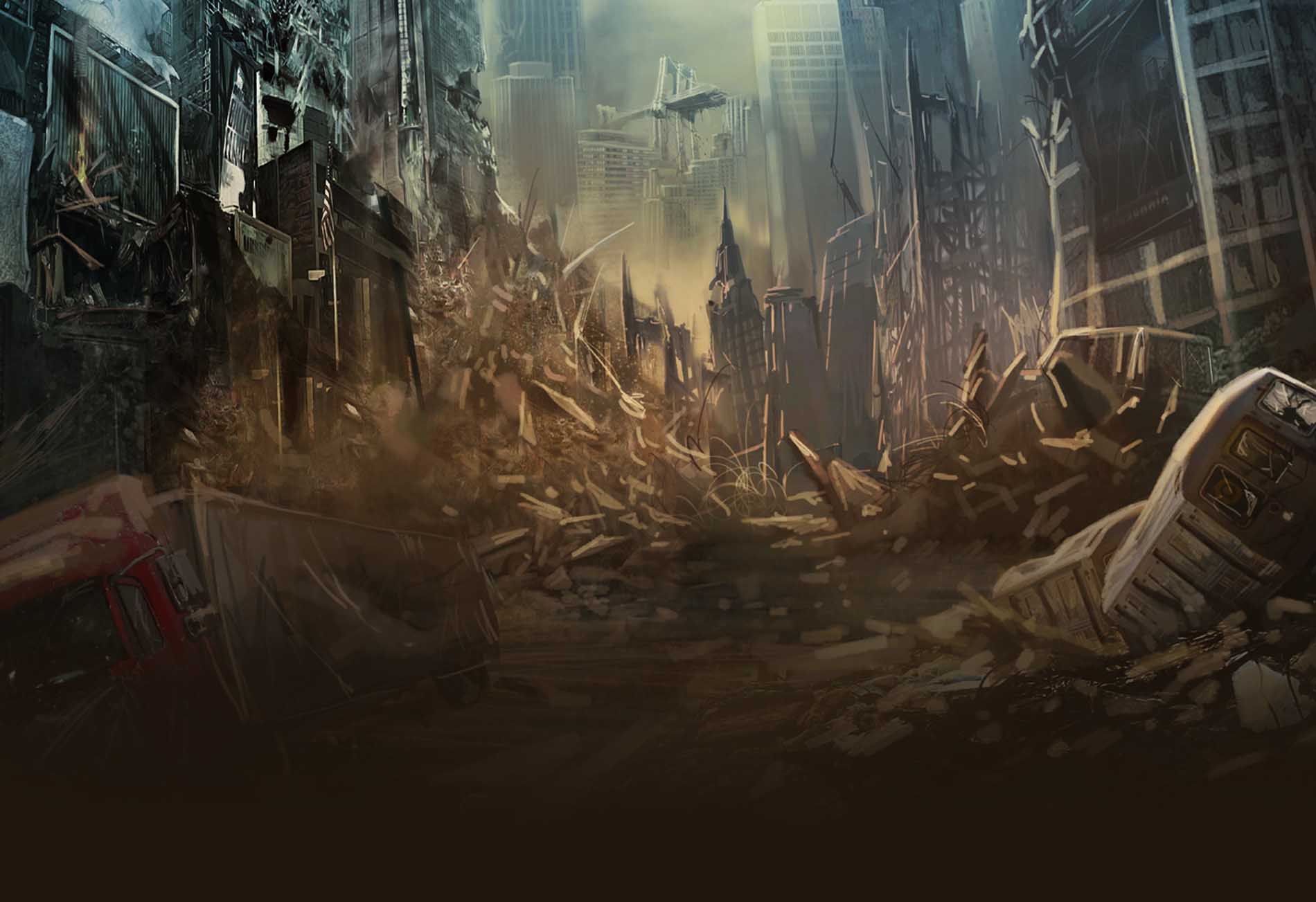 What's on your mind?

Well, come the end of this month, it will have been 5 years since the game was shutdown. It appears that some people have been coming back to reminisce so why not have a conversation about it?

Feel free to reply with your memorable experiences; both good and bad. If you feel that you want to have a whole discussion about your specific experiences, feel free to start a new thread about them. Unfortunately, you will have to use a registered account to do so. That is a requirement from Fandom; there is nothing we can do about that.

You may have noticed that the forums look quite a bit different from what you remember. That is because the old feature has been replaced (on September 10th) with something entirely new! There are a lot of changes coming to FANDOM's platform as a whole (yes, even the name is different now). If you want to talk about them, we can do that too.

Despite the difficulty in obtaining the higher-level cards, I really did enjoy trying to collect cards in general. I just really like the artwork (for most of them). Even though I never made Tier 1, I still enjoyed upgrading the cards I did get and increasing my deck power as much as I could. I really regret that we can't even open the game to look at the cards anymore. Fortunately, our community was able to get screenshots of most of them before the game was shutdown. In an email discussion I had with @Godofcyanide a while back. I learned that some of the card artwork is being reused in the physical card game. It is good to know that the images are still circulating out there for people to enjoy.

(edited by Andrewds1021)
Any tips or tricks for me?
(edited by A Fandom user)

Are there any of my old forum homies still out there fighting the good fight? Miss this game!

Why won't the game load, was it taken did down?

(edited by A Fandom user)

To anyone still around, happy new year!

For most of us, I think there is still another 5 hours to go. However, since Wikia uses UTC/GMT, I thought I would post this now.

I cant seem to scroll through the cyberdex as the numbers are off screen, would be nice if theres a next and previous button

Well, only a few hours left before the servers shut down. I never got the time to T1 but it was still "fun". I won't be able to enjoy the final moments because I have classes. If any of you are on till the last moment, let me know when it actually goes down? Thanks in advanced.

Either way, Casualkirk and I will still be here putting this wiki into final form. So please stop by and say hello once in a while. I know some of you have gotten into Rising. I might consider joining that since one of the wikis wiki's admins has reached out for help maintaining the site.

Use this thread to leave your thoughts about the game as it closes.

The event is live, but I'm not too clear if this is pre-registration or not. The timer indicates 12d 18h left!

We're in the home stretch, the penultimate event.

This is likely the last campaign event, burn those chains!

Due to the recent drastic escalation of the coordinated cyberharassment campaign against me by Bluprint and his infantile club, I have quit both TFL and TFR for good.

Since I've been advised to lawyer up on this, I'm not sure how much more I will say, though those of you who are friends with me on Facebook have probably seen your fill of inanity.

It had to come to an end when Blu posted information about me on my TFL wall that only someone with access to my Facebook page would know. Given that I blocked anyone I knew was part of his crew from my page months ago, and that my privacy settings are... rather high, this came as a stone cold stunner to me and may result in my changing Facebook accounts (again).

I wish I could enjoy the last three episodes of TFL with all of you... but they've seen to it that I get a level of harassment above and beyond my enjoyment of either TFL or TFR (I'm being harassed there as well, and likely by the same group of people).

I'll still drop in and keep in touch these last three weeks, but that's all. I'm moving on... and away from this bullshit.

Not sure I will play this one, rewards seem broken again, so my motivation is low.

(edited by Casualkirk)
How is the event going for everyone?
(edited by Andrewds1021)
Well so far no raid cards are dropping and it's giving out R6 Alpha Tripns and R7 Sentinel primes instead including the weapons bridge lol
(edited by Bazalooney)

Hey guys, this is just a recent issue that has come to my attention. As far as I can tell, it appears to be resolved. However, you never know for sure. Please do what you can to notify Wikia if this (or something similar) happens to our site.

This is the event I tried to join this game in one week then I had the flu. I am happy for actually getting a chance on this one. :) 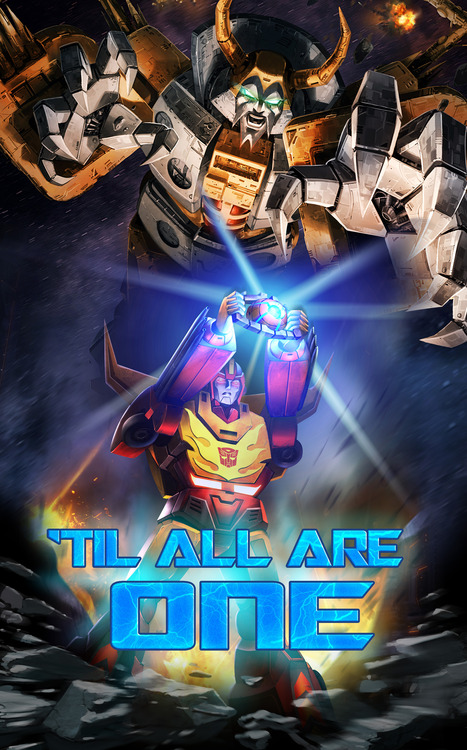 Wait... do Rodimus have red optics? Anyway, as a Unicron fan I am going to say; Destroy the Matrix!

Another TvT has started, and I guess everyone that pre-regged are now locked out.

Blitzwing is top-card this ep, and interestingly enough it's only an R7. Daywins talk about a Day 6, but once again we only have 5 days.

I don't have much desire for this event, but will play it some, 'prolly because there are still one Unicron event left which is after this one.

A question; Will there be any group-join?

do you like the game, is it a very good game

(edited by A Fandom user)
Battle

Fuck, another week of my life where I will not get that shitty Boyz II Men song out of my head every time I log in to game. :p

Taking a gander at the ol' filled-out Cyberdex gives us the following info:

Laserbeak is the top prize, R8 and likely inferior to the freebies - it's hard to tell as it's an Evolution card, but his base stats are significantly better than the OP from last campaign - but it IS a Triple Attack card, so there is some value, as none of the freebies have TA as an ability. There's only one R8 prize coming whose stats in the Cyberdex are better than the freebies. But I'll save that for when he shows. ;) Beak's weapon is R7 Critical Hit, which, for a Decepticon nowadays, is pretty rare. Ravage (R7 raider) is AP ability and is blobbed out in the 'dex. Ravage's R6 weapon is ALSO Crit, though I doubt it will come close enough stat-wise to Devastator's weapon to make much of an impact. If you throw it on an R7/R8 with Crit or Trips, though, it may pay off. I dunno. It's also way better than the Autobot weapons (and Getaway's R6 weapon is AP, so, yeah, it's a shitstick).

Based on last ep, I predict that people are flat out tired of playing TFL, and we may have a mission bug to deal with again. If you decide to play, play wisely.

Don't waste your time/shanix on weap bridge. Rampage's weap is AP and besides that the starting stats are low anyway.

Quick question for GoC or anybody else that knows. I got a full deck of Rampages and my DP is 375k (with Silverbolt's weap). Seen a lot of others with same cards but with 475k DP. What weap are you using? 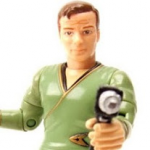 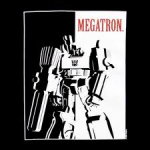 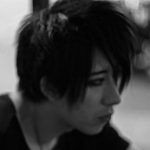 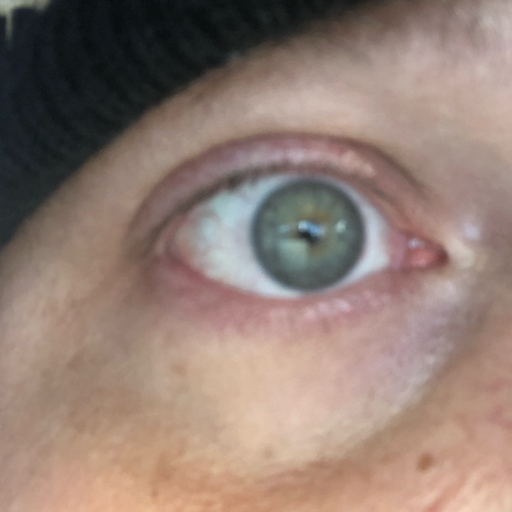 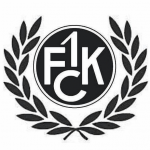 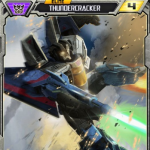 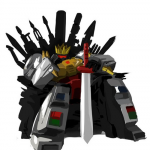 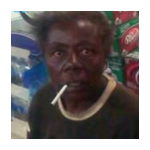 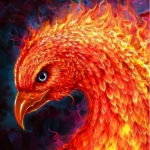 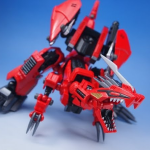 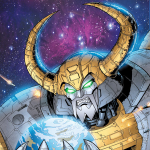 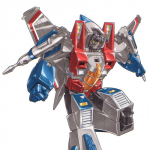 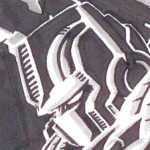 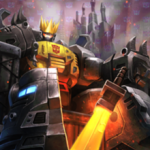